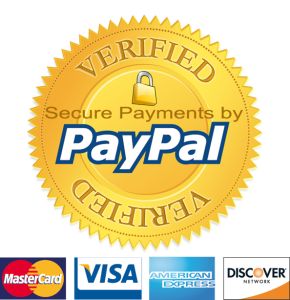 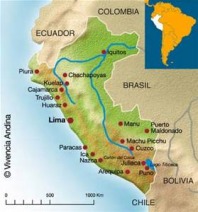 BOOK a Tour with SAS Travel and GET a 15% DISCOUNT in our MARQUESES BOUTIQUE Hotel in Suite, Deluxe or Standard rooms plus a FREE pick up from airport at your arrival to Cusco. OR a FREE Sacred Valley tour to see Pisac, Yucay, Urubamba, Ollantatambo and Chincheros. (70 Soles Entrance fee to the ruins and lunch are not included.) Payment of accommodation is required in $ USD cash or Soles cash directly in Reception. To reserve please contact Miguel at: [email protected] but you must also indicate your tour reservation code with SAS Travel
---
Find more information here: www.hotelmarqueses.com “Charming and Amazing Hotel, Great Location one block near centre, Wonderful Staff and Excellent three star Hotel”. © 2016 TripAdvisor LLC

CHOQUEQUIRAO 4Day/3Nigh - Daily Departures Min 2 person.
CUSCO TARAWASI - CACHORA - CHOQUEQUIRAW - HUANIPACA – CUSCO
---
DESCRIPCION:
Trek and exploration of the Archaeological Complex of Choquequirao. The trekking start from the village of Cachora near Curawasi and returning though Huanipaca valley, village of Tambobamba. With a plenty of time to explore this mysterious ruins of Choquequirao. ( Total distance of Km. 50 ).

DAY 01: CUSCO - CACHORA – PLAYA ROSALINA
Early departure from Cusco at 05:00 am 4 horas journey to Cachora, stop in Saywite for breakfast beautiful views of Curahuasi Valley, spectacular views of the snow capped mountain of Salkantay and the Vilcabamba range of mountains. Here our walk would begin, the first section it is a gentle down and up until our spot for lunch, after lunch and enough resting time, we will walk downhill for 3 hours from 3000m to 1500 m to Chiquisca sector. Here it will be our rest place for some minutes. Then we will walk for 40 mimutes more to arrive at Rosalinas Playa near the Apurimac River ( 1500 m ), it will be before sunset so you can enjoy a nice vistas at this place. First camping also here you can taste “cambric” a local cognac made from sugar cane. B L D (km 19)

DAY 02: PLAYA ROSALINAS, MARAMPATA, CHOQUEQUIRAO
After an early breakfast we cross a typical holding bridge and start a gentle 3-4 hours gradually climbing of 1,400 meters from a shores of Apurimac river to Marampata village (2900m) where you will be able to enjoy the beautiful landscape of this valley, and also would observe the famous Apurimac river, here we have a stop for lunch. Once we end this valley we will be able to see for the first time, the archaeological complex of Choquequirao,after lunch we will have an easy walk for 2 hours to Choquequirao ruins ( 2,780m) en route you will see a variety of nice plants and flowers
In this area will will visit the farming terraces of Paqchayoc and the house of the waterfall, then we will return to our camping set near Choquequirao. B L D

DAY 03: CHOQUEQUIRAO ARCHAEOLOGICAL COMPLEX
Today we will complete our exploration of the best features of Choquequirao we will go to visit and explore with our tour guide and able to learn and admire this famous inca constructions, the stone altar called Ushnu which was used by priests to offer open ceremonies to the apus, the sun, the moon,the starts and the Pachamama “mother nature”, buildings in a very fine Inca style and the mysterious llamas designs constructed in the walls of the terraces with white stones, with luck at this point we can see a magestic flying of a condor around this sacred geografy. Camp in Choquequirao. B L D

DAY 04 CHOQUEQUIRAO, SAN IGNACIO, TAMBOBAMBA
After our early breakfast, we start an easy downhill walk for 3-4 hours approx until we get to the Apurimac river then to Playa San Ignacio there another bridge to cross, 40 minutes to Hacienda San Ignacio, stop for our lunch, time to rest and perhaps a sleep, in the afternoon last 2-3 hours to walk to the pintoresque village of Tambobamba where our car will be waiting for us to return to Cusco, arriving at 8-9pm approximately. B L End of a great and unforgettable trek.
---
Choquequirao means "Cradle of Gold" in Quechua Inca´s language, although this is probably not its original name. It is another "Lost City of the Incas" rediscovered officially late in 20th century located high on a ridge spur almost 1750mts above the raging glacier-fed Apurimac River and surrounded by towering Salkantay and Humantay snow-capped peaks. Choquequirao was build during the last days of the Inca empire in the government of the Inca Pachacutec 1490, by Tupac Inca Yapanqui, and probably after the Spanish invasion in 1532. Almost 40 years the Inca's held stand against the spanish conquerors (between 1536 - 1572). The construction of the different levels of temples, palaces, canals and aqueducts is really fantastic. "Choquequirao is the city which demonstrates the inspiring example of an elite Inca ceremonial center. A city dedicated to worship the “Pachamama” the andean mother earth “the Apus” mountain gods and divinities, the river and the elements of nature." Choquequirao finally burned down and left deserted. This happened probably after the execution of the last Inca, Tupac Amaru I in 1572. By this occasion, the plaster covering the walls, carbonized and disappeared for the most part. At the east side of the complex more then 110 terraces with houses and squares are being revealed. At the west side another 170 terraces are hidden and covered by the forest, in some of these terraces can be seen now an amazing in straight line white color llamas in symetrical order, Until now only 25% is put to overdraft and conserved. With this Choquequirao is the largest Inca-town of the continent and much larger then Macchu Pichu. For the first time in 1710 they mentioned the existence of Choquequirao. The first drawings of the structure of the ruins were made about 1836 by the Frenchmen Léonce Angrand and them by Eugine Sartigues. Only in 1986 there was made a structured plan of Roberto Samanez and Julinho Zapata for the restoration and conservation of Choquequirao. In 1993 the archeologists Percy Paz and Eulogio Auca brought Choquequirao under the Copesco Plan. Choquequirao in short time, has become a primary sightseeing in Perú.
A Machu Picchu without the crowds, without the vendors, without the long lines of buses snaking through the Peruvian countryside exists- and it’s called Choquequirao. By ETHAN TODRAS-WHITEHILL

What is not Included:

We recommend that you bring: